Pirate scallywags sighted on our Raging Heroes store AND from our 3D printable collection, Heroes Infinite!

Cut throat corsairs and characters one and all, their success comes from a strict adherence to The Code and loyalty to their unshakable Captian. A legend of the seas, Leonius stalks across the open ocean looking for prey and the riches they horde. Inspiring loyalty with his ability to hunt down the most elusive prize, filling the pockets of his crew full to the brim. Only the foolish cross a Captain whose bite really is as bad as his bark! A Captain wouldn't get very far without his crew. Chief among them is a trusty 1st Mate, a roll filled by Zassaryah. A savage half demon who is often found on the prow of the ship howling into the wind and challenging the enemy to come face her!

Pirates Of The White Sea Every single member of Captain Leonius' crew is a dangerous seadog. A veteran of the open ocean, hardened by a life of piracy, each one with their own story to tell! These corsairs, as charming as they are deadly, first appeared in our Heroes Infinite Patreon (click here to see this month's offering) and are now available in our MyMiniFactory store for you to print at home!

If you have seen any of our Heroes Infinite collections you will know that we cannot help ourselves, and we just have to include an enormous and incredibly epic centerpiece! The Pirates of the White Sea is no exception as something lurks just below the waterline, making Leonius' ship anything but ordinary. 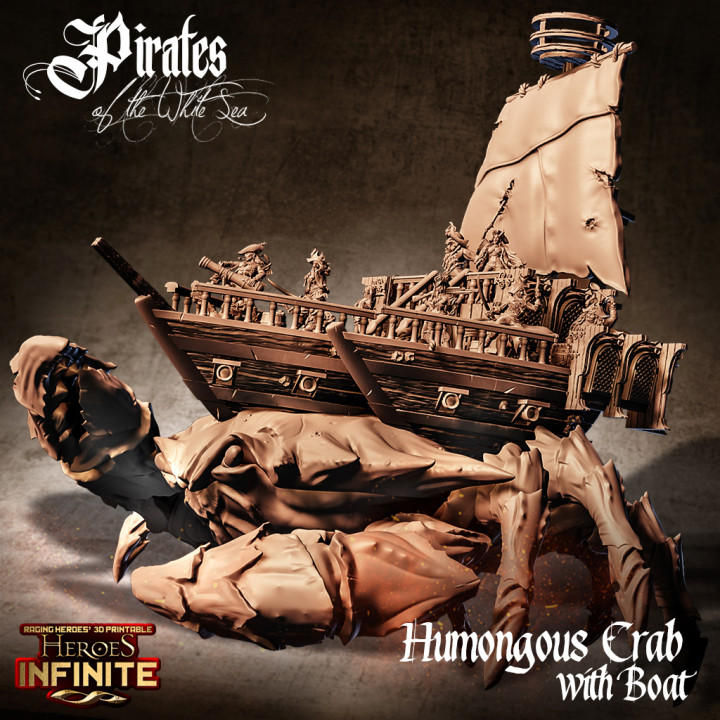 Yes, we had far too much fun writing this, reliving all our favorite pirate stories (our favorite, in particular Raging Heroes fashion, being Grainne O’Malley the Pirate Queen of Connacht!)