Tread Carefully In The Lair Of The Spider Goddess! - Raging Heroes
0

Tread Carefully In The Lair Of The Spider Goddess!

Any misstep could seal your fate in the Lair of the Spider Goddess as her Elf witches and Spider Thralls control a powerful evil!

Available in our Raging Heroes store AND from our 3D printable collection, Heroes Infinite! Arachnophobia taken to a whole new level. Syl-Yarath commands a coterie of twisted Elves and hordes of dark, many-legged servants. As Hive Queen she weaves flesh after consuming her victims, creating mindless warriors to fight for her. The Spider Mother's inner circle of chosen warriors, champions and guardians are loyal to only her. Adept at silently stalking their prey, and impossible to defend against as Spider limb and Elf blade whir towards the hunted. Avatar of the great Spider Goddess herself is available in our 3D Printable collection over on Heroes Infinite's MyMiniFactory store. 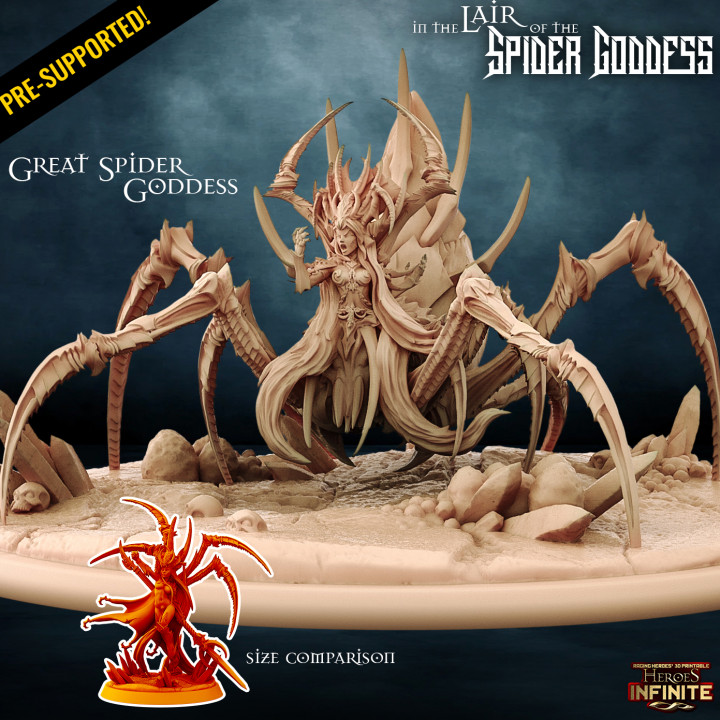 Powerful beyond belief, the Spider Goddess can alter her form between an enormous spider, protected by chitinous armour plates, and her terrifyingly beautiful Elf form. 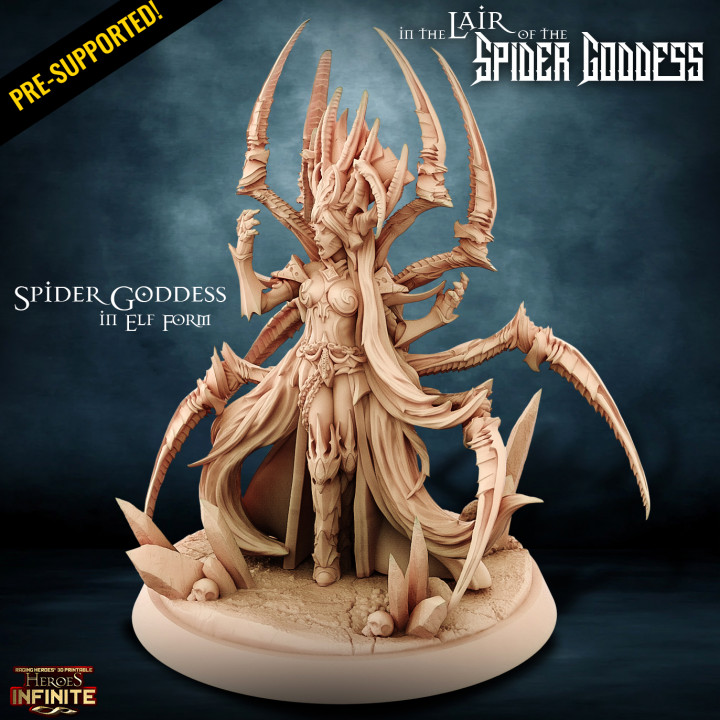 Her power is undeniable. Her followers, loyal without questions. Minions and monsters drawn to her dark and evil majesty, bound for a life of service to their many-legged deity. 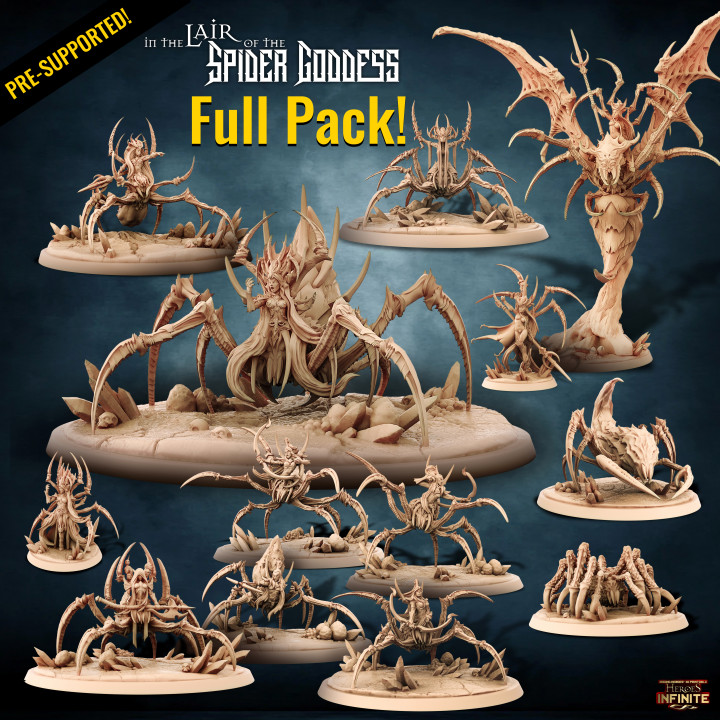