Welcome to Update #34 for theTGG2: Light & Darkness Kickstarter campaign!
(You can still Pledge on our special page, but hurry, there's little time left).

Here is the full Update we promised you in Update #33. It should have come out yesterday, but when you'll see how many images there are, you'll understand the delay, which also came with a bonus: we received this morning the Daughters of the Orphanage 3D prints, and so we made a quick unboxing video just for you :)

Below you'll find new sculpts, information about the status of the Manticore, preliminary info about the Pledge Manager, and a special sweet deal on our latest releases in our shop.

Here are the first 6 Death Dancers. There will be 4 more to come to make a full unit. As you can imagine, with their super complex anatomy and posing, the Death Dancers won't be multiparts kit made for mix and match, unless you do a bit of conversions with them, which should be pretty fun should you feel so inclined.

Here is one of your favorites in a scifi version. We hope you like her, we find her pretty cool :)

Xezyrhria (Worm Heroine) SF + fantasy
Ok, the Lust Elves Worm Cavalry will be quite something, we're pretty sure about that! Here is their leader, looking as cool as she is deadly. Alex, our concept artist, has really done fabulous work on these worm creatures and we can't wait to see the whole unit sculpted.
Here is the fantasy version:

and here is the SciFi Version

Reyallia was one of the first sculpts we worked on while preparing the launch of TGG2. But we felt that the version showcased during the Kickstarer campaign was not complete, so we reworked her quite thoroughly and here she is.
First, the Fantasy version:

Asharah Scifi and Fantasy
So, this is the third incarnation of our beloved Asharah, the nasty girl who was the very first Raging Heroes miniature. We have slightly altered the concept's pose that you've seen during the Kickstarter as the sword above her head looked cool in the 2d artwork but was overshadowing her pretty face, which would have been unfortunate.
Here is the fantasy one:

Exruciatrix Fantasy and SciFi
Floating above the battlefield, Mistress Slithiss, the Excruciatrix, is a terrifying sight. When she appears, it is the signal to run for cover as the Lust Eves forces are in a flesh harvesting mood...

Draahk Chariot
What can we say ? That they ride like the wind ? Well, they surely do... Move out, puny pedestrian!

if you've followed Raging Heroes for a long time, you know that this project has been in the works for ages. From the start, Asharah's Pegasus has been planned as an over-the-top piece inspired by the great equine statues of demented-looking horses from the 19th century. We are very happy to finally present a finished version of this sculpt!

This is definitely a miniature that the foundry will hate us for! So many legs and spikes and parts... But the hive queen of the Lust Elves will make a smashing centrepiece on your gaming table! If you are familiar with our non-Kickstarter range, and if you have read Syl-Iriah's story, you may have guessed that the Spider Mother is the negative aspect of Syl-Iriah, her dark, winter form. By the way, the gapping maw below her torso is not something she uses to devour her preys but to weaves flesh out of her own body to create a trail of mindless warriors.

What's up with the Manticore?

--- important information ---
As you probably remember, the Manticore was not unlocked during the Kickstarter campaign. But as it is such a big favorite of our range, it was a bit sad to miss the opportunity of releasing an updated version.

At the same time, and as much as we would like to output all the cool and crazy things that fill up our heads, we have to stay realistic and not loose track of development costs and the budget side of thing. Even if this new version of the Manticore was not made from scratch, the hours spent cleaning the old sculpt, correcting technical problems in the sculpt, completely re-cutting the sculpt for better casting, re-printing such a massive piece, then creating completely new spincast moulds, well, all of this ends up pretty close to creating a new kit from scratch.

Especially on such a big piece, we could not say “OK, this is a bonus unlock” :( But at the same time, while we cannot bring you the Manticore with the high Kickstarter discount, we still wanted to do something special for you.

And so, we are going to release the Manticore in our webshop at a special pre-order price. This pricing will be valid for a very limited time BUT when we open the pledge manager, you will be able to get the manticore at the same pre-order pricing. It will not be the Kickstarter discount but it will be a fairly good one. This means that you will be able to either get the Manticore next month in our webshop at pre-order pricing and have it delivered to you fairly quickly, or wait just a few more weeks for the pledge manager to open and add it to your selection, still at pre-order pricing and so, save on shipping fees as you combine it to your KS selection.

Below, you'll find photos of several 3D prints, as well as a few primed submasters sent from the foundry.

But before this, it's in the end a good thing that this Update was delayed because this morning, we received a bunch of new 3D prints, and so we decided to open up the box in front of you all! Here’s the video:

And now, here are some photos of 3D prints we received earlier. First, the ArchPapess...

... together with her very own Minions:

And Tobias, one of the Sisters' mascots:

Here's are 3 riders for the gorgeous Stingrays:

And parts of the Draahk riders, too.

The Pledge Manager is the tool that will allow you to select the minis that you want. Now that a good amount of Heroines have been produced, as well as the Freebies and a few others too, we are going to begin setting up the Pledge Manager.

We always wait as long as we can to launch the Pledge Manager, so that you can make your choice based on sculpts rather than on concepts.

And you will be able to add to your Pledge if you want more minis than you had originally budgeted for.

The goal is to be able to ship a first Wave of minis sometime in March. But this is not yet a firm date, as many factors come into play.

How will the Pledge Manager work?We intend it to work pretty much like a shop, where you will have your KS pledge transformed into a Store Credit to spend. If you overspend, you’ll be able to pay for the difference with Paypal or a credit card.

How much will Shipping be?Shipping prices this time will be weight-based, so small shipments will pay less. The good news is that we have secured partnerships that are helping us keep our costs down. Expect to pay anywhere between 5 and 20 dollars, in most cases.

Are there are going to be Drop Ship Stores, like we had in TGG1?I’m not sure. Because the price of shipping has dropped and is now weight-based, it may come to the same amount for you to receive your shipments directly rather than you having to go to a Drop Ship Store to collect it. But at the same time, we know that some of you very much enjoy this, and so do many of the stores. So this question is still open.

I’ll have more info on the pledge Manager later in February, most likely with the next Update.

→ SAVE on NEW TGG1 releases

Check out the latest releases of the TGG1. Until the 20th, you can save 15% on those with the Discount Code PREORDER&NEW.

After that, and until Jan 30th, save 10% on the entire NEW collection with the Discount Code NEWcollection10.

The latest releases include

And you can even get the Daughters of the Crucible Beer Mats, either by purchasing them, or as a gift when you add over 49€ to your cart!

And check out the Deals section too, where the latest releases are combined for even better discounts! 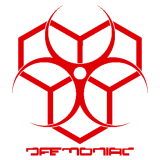 These are some of the highest-quality sculpts I’ve seen since I started with Warhammer back in the day… There are others close-ish to the GW kit, but these are another level.

Thank you for showing me that there are still people out there who are doing incredible things, and I look forward to adding to the collection with some truly bitchin’ proxies :D 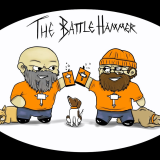 This stuff is gorgeous! Wish we here at the Battlehammer could get our hands on these and film/write a review! Please keep up the amazing work!

Summoning forces of darkness past, Xar-Kahli the Wrath Caster weaves the spirits of the Ancients with the blood of vanquished ennemies to unleash terrible storms of wrath and fury upon the Furianns' opponents. On her magical staff, skulls pulsate ...
Read More

We released the most badass bikers miniatures of the decade, The Hell Riders! If you are curious to learn more about these characters, here's a post from Benoit, the art director, sharing many details behind the conception of these models.
Read More

Painting tutorial: get rid of your "grey" armies! The Area Painting Method

Painting your Miniatures can be an intimidating task, so we we designed the Area Painting Method. With it, you could paint a small army in just one weekend! The logic behind it is simple: the most overlooked aspect of painting is the choice of an effective colour scheme. It has nothing to do with your dexterity with your brushes...
Read More