On behalf of the Loud'n Raging/Raging Heroes Team, Charlie, Harry and Jinx wanted to take this opportunity to wish a Merry Christmas and Happy Holidays to everyone! 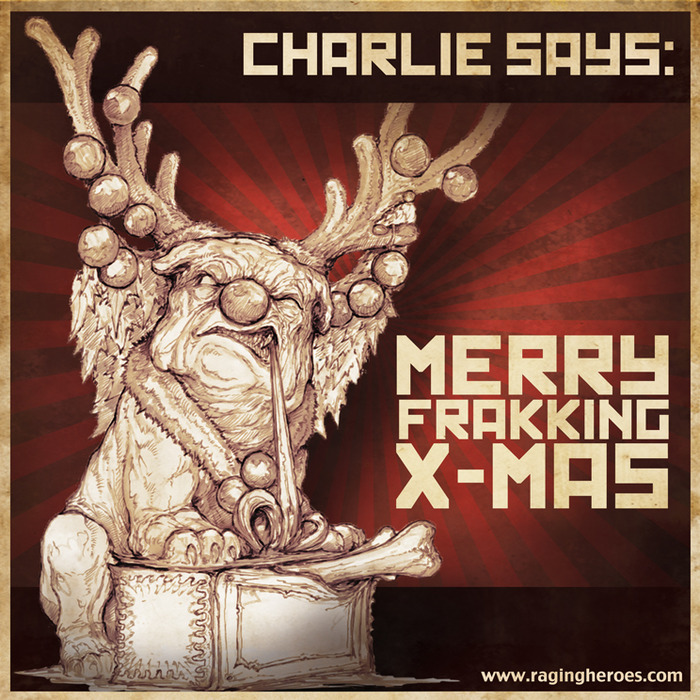 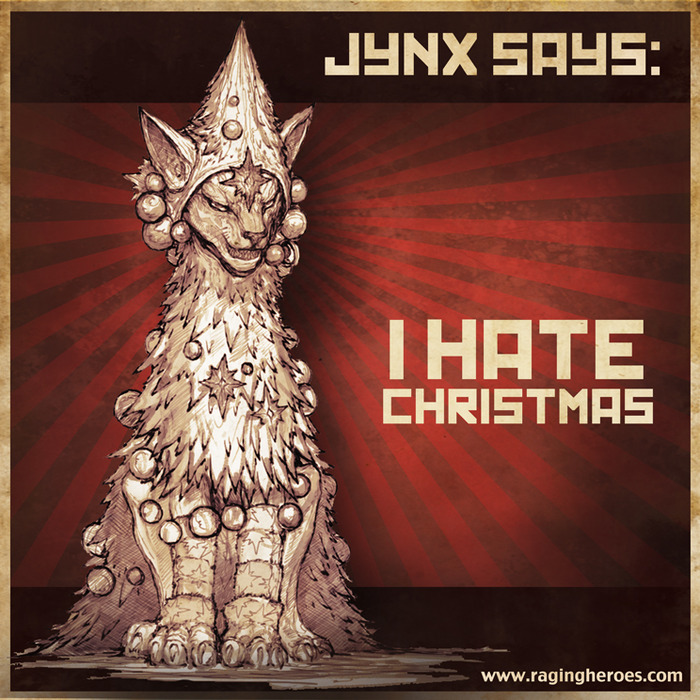 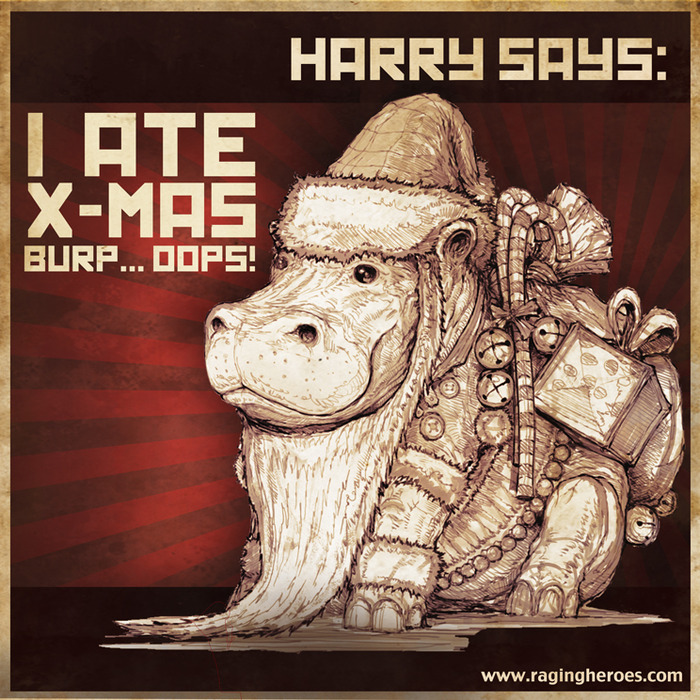 And if you'd like to have them all on one image, here's a little tryptic:

Oh, and we ran a caption contest on our Facebook Page for Christmas Charlie, and here's the winning entry, by Cole Blaquesmith. (For those who don't know, this is a reference to the traditional Christmas song "Deck The Halls"): 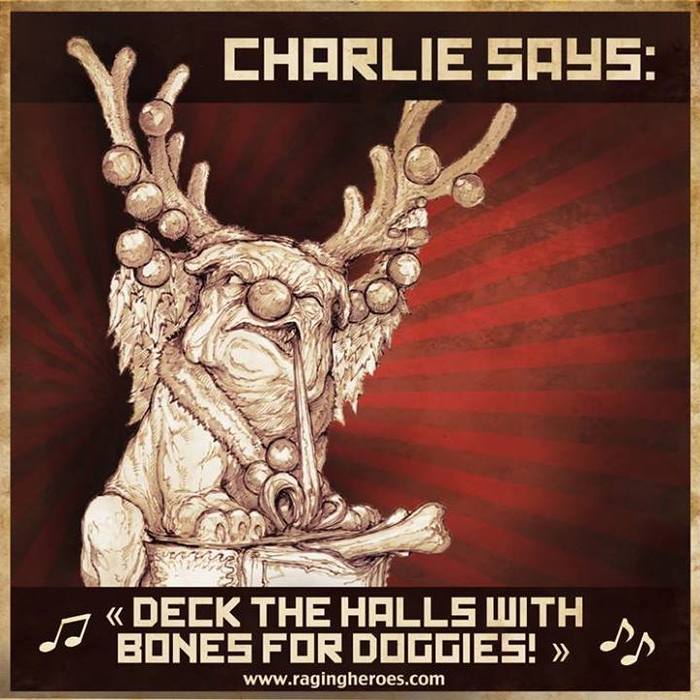 We'll be back soon with a New Year's update: it won't feature new sculpts (that will be in the next one, later in January), but it will include, among other things, back views of many of the sculpts we've already shown you, since some of you had the good idea to request this. You'll also see photos of new 3D prints, photos of test casts that we've done with our spin-cast resin foundry on pre-existing Raging Heroes minis, and a recap of 2013 and a preview of our plans for 2014.

Shipping through the Holidays

Just thought I should mention that if, by any chance, you've been thinking about getting your hands on Raging Heroes' other minis (such as Olga, Ivanka, or Malinka Kurganova, for example, or some of our cool Dark Elves  or a few other tasty morsels...), we wanted you to know that there is no rest for the wicked and, as such, please know that we will be preparing and shipping orders throughout the Holidays.